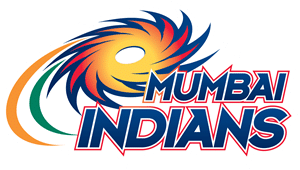 Owned by Reliance Industries, Mumbai Indians is the most successful team of India’s most loved cricket carnival Indian Premier League. MI won the IPL title most number of times (four) and is known to have one of the best teams of this tournament.

Successfully led by the ‘Hitman’ Rohit Sharma, they have got the all-round power of the Pandya brothers (Hardik & Krunal) who have never let the team down. Besides IPL titles, Mumbai Indians have also won two Champions League T20 trophies in years 2011 & 2013.

With the veteran Mahela Jayawardene being the head coach of the team, MI has also got the experience of IPL’s most wicket-taker Lasith Malinga. There should not be any doubt for MI being the favorite team of this cricket tournament.

How To become Mumbai Indians Champion?

The prime reason is ‘The God of Cricket’ Mr. Sachin Ramesh Tendulkar, who was also the captain and icon player of the team during initial seasons. Seasons 2008 & 2009 were not so good for the team as they finished fifth and seventh respectively in both the seasons despite giving their best performances in the middle phase of the tournament.

After that, they did not look back and delivered champion performance every year. The strongest rival of this team is CSK, which is also one of the hardest teams to beat in this tournament and the most consistent ones as well.

MI has faced this challenge very well and justified its tag of favorites by winning 18 of the total 30 encounters against Chennai. Also, Chennai Super Kings (CSK) was the team they beat in the finals of 2019 by a margin of mere one run to lift the title 4th time.  This was not only the case, but stats also say it all. CSK and MI have faced each other four times in the IPL finals, where MI won three and CSK only one.

Mumbai Indians is also the champion when it comes to social cause. They have raised money by selling merchandise signed by their players. This team also supports many NGOs including Teach India, Ummeed, and Akanksha. Rohit Sharma, current MI captain is the lucky charm of this team. Not only with his batting, but with the captaincy as well he led the team like a champion.

He took over the captaincy in the year 2013 after Ricky Pointing was dropped from the playing XI due to his poor batting form. The same year Rohit became MI captain, the team won its first-ever IPL title and since then three more under the same captain. Rohit is also the MI’s highest run-getter till now in the IPL history.

This team is really unpredictable and can turn the tables at any time with experienced staff and some of the great players of international as well as domestic cricket. We can also see them lifting their fifth title this season with their stylish and dependable batsmen and Captain Rohit Sharma. But don’t forget the support of team owners who have been on the side with all ups & down and motivated them at every stage to give & do their best.