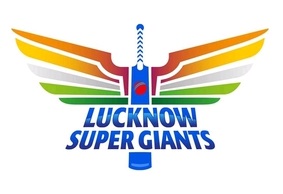 Lucknow Super Giants is one of the IPL’s two new teams in 2022. This team is based in Lucknow, Uttar Pradesh, India.

While IPL asked to bid for two new teams, the IPL 2022 team Lucknow was won by RPSG Group. The team is founded in October 2021 with the home ground of BRSABV Ekana Cricket Stadium, Lucknow.

The team announced KL Rahul, an Indian national team player as their captain. Aside from this, they also announced Andy Flower, the Zimbabwean cricket legend as the team’s head coach.

We predict IPL is going to see the appearance of a strong team in its 15th league season.

The owner of Lucknow IPL team is RPSG Group. It is a 6-billion dollar company based in Kolkata. The Rising Pune Supergiant was formerly owned by the RPSG Group during the 2016 and 2017 seasons.

By the way, when the Indian Premier League’s governing body issued an invitation to tender for two additional franchises, 22 corporations expressed a strong interest in participating.

Nevertheless, as a result of the increased base price, there were only six enterprises remaining in the end. The BCCI’s governing board, on the other hand, requested that the corporations bid as a consortium of three teams or as individuals.

At the conclusion of the day, Sanjiv Goenka, the owner of the RPSG Group, was awarded the bid for the IPL 2022 Lucknow team. They were the ones who placed the winning offer of 7,090 crores of Indian Rupees.

After winning the bid, the owner of the Lucknow IPL team announced a competition for determining the name of their team. At last, they picked Lucknow Super Giants in January 2022.

The Lucknow Super Giants purchased 18 players from the IPL Mega Auction 2022, according to the team. However, as is customary, Lucknow purchased three draft players for their squad prior to the auction, as per the rules.

For Rs 17 crore, the owner of Lucknow IPL team selected KL Rahul and placed the team’s baton on his shoulder. In contrast, they paid Rs 9.2 crore to get all-rounder Marcus Stoinis from the Indian Premier League.

The purchase of Ravi Bishnoi, a promising young leg spinner, was valued at Rs 4 crore. And, owing to Gautam Gambhir’s technique, he is able to make all of these forward selections.

They started the auction with Rs 59.80 crore. After the mega auction finished they only had Rs 10 lakh on their hand.

Aside from the player purchase, the price of Rs 7,090 crore makes the Lucknow Super Giants the most expensive team in IPL history.

On the other hand, the Captain of the team KL Rahum becomes the joint-highest-paid player for the IPL 2022 season. He has signed for the team for Rs 17 crore ($ 2.28 million) which is also paid to Royal Challenger Bangalore’s team captain Virat Kohli.

However, this amount was paid to Kohli in the 2018 IPL season.

Lucknow did a great job on the first day of the mega auction. They picked Krunal Pandey who is released by Mumbai Indians. On the other hand, They also picked Deepak Hooda, which increased the interest on their team.

In the last year, there was trouble happened between Krunal Pandey and Deepak Hooda. So, playing in the same team for these two players will be interesting for the supporters.

By the way, here is the Lucknow IPL team players list with their brief details.

Lucknow appointed the Zimbabwean cricket legend Andy Flower.  However, they have built an experienced staff along with a strongly-backed owner.

Lucknow Super Giants is the most expensive team in the Indian Premier League history. They spent all their money in their purse for player purchases.

So, we can hope IPL 2022 Lucknow team will be one of the strongest teams in the field as well.

They have a great coaching staff, as well as mentors. Gautam Gambhir can lead them with motivation which will be beneficial for the team.

However, we have to wait till the 28th of March, as Lucknow Super Giants will play their first match.