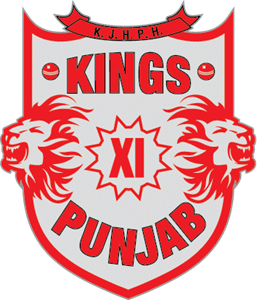 One of the unlucky teams of Indian Premier League who have not one a single title yet is Punjab Kings. It’s not that they don’t have the potential or players; it’s that they have failed to show the real character in any of the seasons. The only two best performances they have got so far were in the inaugural season of IPL in 2008 where they finished 3rd and in IPL 2014 where they showed that they have the firepower to lift the title and reached the finals after beating the most consistent team of IPL Chennai Super Kings in semis. All thanks to the veteran Virender Sehwag’s marvelous innings of 122. But unfortunately, they lost to KKR by three wickets.

Besides these two seasons, PBKS never managed to reach above 5th position, which shows their below-average performance in all rest season. Surprisingly, this was the performance of the Punjab franchise despite having the likes of Eoin Morgan, Hashim Amla, Darren Sammy, Yuvraj Singh, Chris Gayle, KL Rahul, and Ravichandran Ashwin.

In IPL season 2010, 2015, and 2016 the team finished last on the table and that should motivate them to work harder and turn the tables around.

Punjab Kings started very well in the inaugural season despite losing the first two games. In the third game, the veteran Sri Lankan Kumar Sangakkara led them to their first victory of the season with his fantastic 94. After that, the team continued with its outstanding performance winning 9 out of 10 games and finalizing their birth in the semis.

Their excellent performance in Indian Premier League 2008 is also well supported by the Australian Shaun Marsh who was the Orange Cap holder for outscoring everyone in the tournament with 5 fifties and 1 hundred.

If we talk about IPL T20 2021, the team has got the likes of Chris Gayle, KL Rahul who has done a stupendous job for India as well as in IPL, the unpredictable Aussie Glenn Maxwell, Indian spearhead Mohammed Shami, and the young West Indian Nicholas Pooran.

This season, we can hope that these international players will take the team along near the title. To finish top on the table, Punjab Kings requires some real strength and that cannot be provided by a single player, the whole team needs to work together in every single match to get closer to the trophy.

Head coached by the Indian Veteran and former Indian Captain Anil Kumble, this team promises a lot and this might be the season for them. The stage is set and the hopes are high, fans have never lost hope and it’s the time for the team to stand for their expectations. Plus, the team owners Preity Zinta, Ness Wadia, Mohit Burman, and Karan Paul are also praying for their team and hoping that this time they’ll deliver. You don’t need to go anywhere to get updated about what this team will do and where they will reach in IPL2020, as iplt20.live is there for you with every update regarding the IPL scorecards, IPL schedule, and the points table of Indian Premier League 2021.