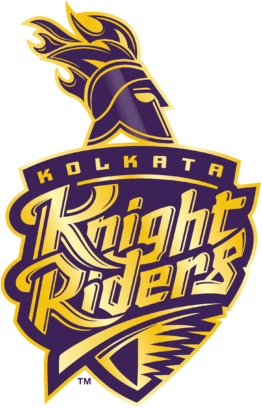 The team with the slogan “korbo lorbo jeetbo re” has been one of the strongest teams that have grown with each IPL season. Yes, we are talking about none other than the Kolkata Knight Riders. The team is owned by the ‘King Khan’ of Bollywood ‘ Shahrukh Khan’ and the actress Juhi Chawla & her spouse Jay Mehta. Kolkata Knight Riders had a tough time if we talk about starting seasons of the Indian premier league.

They started to show up some character from season 2011 where they qualified for the playoffs and finished 4th on the table. In 2012 they crowned as IPL champions and showed what they are capable of. After disappointing in 2013 where they finished seventh, they came with a bang in 2014 by winning the trophy again, for the second time.

Sourav Ganguly was the icon player of this KKR franchise for 2008 and 2010 seasons. Sourav Ganguly was so popular with KKR that in 2011 when he was not purchased it lead to the protest where fans said that no Dada no KKR. This situation got the attention of both national and international press.

The only consistent performers of KKR were Gautam Gambhir and Sunil Naraine. Gautam Gambhir was appointed as keeper of the team after Dada failed to make in the auctions. These two were also the only players the team retained before 2014 auctions.

A surprising decision made by the team management is the release of Gautam Gambhir in 2018, while they retained only Sunil Narine and Andre Russell. In this season 2018 Dinesh Karthik was named the captain along with Robin Uthappa as vice-captain. During that season they managed to reach the playoffs and finished third on the points table.

IPL 2022 was not good for Kolkata Knight Riders as they were eliminated in the league stage finishing fifth. In champions league twenty20 as well they do not have a good past. They never won the championship despite qualifying three times in 2011, 2012 and 2014. All they could manage was being the runners-up in 2014.

They have a lot to deliver in the coming season with huge expectations of fans as well as the team owners. KKR has the potential to lift the trophy for the third time joining with CSK who already has won the title three times.

Having Brendon McCullum as the head coach with the veteran David Hussey as the mentor, there are huge possibilities that this team will give a tough competition to their opponents. With the unpredictable Andre Russell and Sunil Naraine, the team has got the speed of Pat Cummins, though at a huge price. Plus, with 48-year-old Pravin Tambe who has a good IPL experience with unpredictable bowling, this team can turn tables around.

In a total number of appearances in 14 IPL seasons, Kolkata Knight Riders have managed to reach playoffs 6 times and out of those 6 playoff appearances, KKR won the title twice. This team can surprise its opponent any time and have the potential to be in the top four on the points table.

Some big guns of KKR are Eoin Morgan, Pat Cummins, Andre Russel, Sunil Naraine, Dinesh Karthik, and the chinaman Kuldeep Yadav. You might see these names in the playing XI of every game and no wonders anyone could win you matches single-handedly.