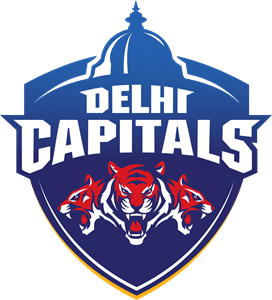 Formerly known as Delhi Daredevils, this franchise is owned by JSW and GMR group jointly. It won’t be wrong to say that this is one of the weakest teams of the Indian Premier League. Despite being the table toppers in league stage twice, they never have managed to reach finals a single time.

Their top finish in any IPL season is third on the table three times in 2009, 2012, 2019 and 2021. The fearless Virender Sehwag was the icon player and the captain of the Delhi franchise for the first two seasons after leaving the captaincy to another Delhi player and his opening partner Gautam Gambhir.

The first season of the Indian Premier League was like a see-saw for the team. Maintaining a balance between wins and losses, the Delhi franchise managed to qualify for the semis. But in the semi-finals, they lost to Rajasthan Royals who later on went to win the finals and lift the title.

In the next season IPL 2009, Delhi did really well to become the table-toppers in the league stage. With the firepower of AB de Villiers, Sehwag, & Gambhir and spin of Daniel Vettori & Amit Mishra, Delhi managed to win matches comfortably and stun their opponents. But again, they fell down in semi-finals and their hopes of winning IPL title held for long.

The Delhi team finished at the bottom during IPL 2011 before finishing 5th in the 2010 season.  But the team never lost hope and came back strongly in Indian Premier League 2012. They again became the best team in the League stage surpassing the likes of Chennai Super Kings and Mumbai Indians. Thanks to classical and destructing batsmen Kevin Pietersen, Mahela Jayawardene, and Ross Taylor.

They had a good chance to lift the title this time but their hobby of falling down on the line was not leaving them. Delhi third time failed to reach finals and finished 3rd when the season completed.

DC Franchise must be Forget:

After 2012, Delhi Capitals just lost faith in themselves and for six consecutive seasons, they did not manage to qualify for the playoffs. Their final standing was 9th, 8th, 7th, 6th, 6th and 8th respectively from IPL 2013 to IPL 2018. During that period which the Delhi franchise want to forget, they made a whole new team in 2014 in the auctions as they did not retain even a single player. But that didn’t work as well. Delhi also received criticism from fans for their consistent poor performance.

Before the auctions of the twelfth season of the Indian Premier League, Delhi retained 14 players while releasing the Indian opener Shikhar Dhawan. Colin Ingram, Ishant Sharma, and Keemo Paul were the best picks apart from Axar Patel, Sherfane Rutherford, and all-rounder Hanuma Vihari. Before the start of IPL 2019, the decision of Delhi Capitals to hire Former Indian Captain Sourav Ganguly as their official advisor proved to be good when compared to their last six seasons.

In the Indian Premier League 2019, Delhi reached playoffs after a long gap since 2012 and finished third in the league stage. In IPL 2019 they started playoffs very well with a win against Sunrisers Hyderabad. But alas, in the second one they faced defeat against the most consistent IPL team Chennai Super Kings and saw never wanted exit. Again hopes for being crowned as IPL champions perished.

Though the IPL 2021 is the new season yet the goal is old and the same to be called IPL champions. They have got the mastermind Ravichandran Ashwin in their dugout for this season. Will the fortunes favor Delhi Capitals this time with some big guns like Shimron Hetmyer in the hut or will they have to wait for long. The question is still persistent. Let’s hope for the best and wait what Delhi Capitals has for you this IPL season.