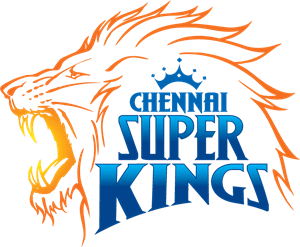 Chennai Super Kings is the most consistent team of the most loved associate tournament of India, the Indian Premier League (IPL). Despite controversies and ban due to spot-fixing in 2014, CSK has been the most consistent and most loved team of IPL. Since the very start, former Indian Cricket Captain Mahendra Singh Dhoni has led this team. Under his captaincy, CSK has won the title in years 2010, 2011, 2018 and 2021.

Why CSK is known as the most consistent IPL team is because of their record. It holds the record of most appearances in the playoffs of this tournament i.e. 10 times. This is not only the reason, out of 10 appearances they have managed to reach the finals 8 times. How much more consistency you can ask for a cricket team.

At present in 2022, Chennai Super Kings is known to be the “aging team” of Indian Premier League with the average age of their players being around 30 years. Since the inception of IPL, CSK has always made its presence felt and is definitely the team to beat.

One of the reasons why CSK is such a stronger team after Dhoni’s captaincy could the Suresh Raina. SR is the Mr. Consistent of IPL and holds the record for scoring most numbers of runs after Virat Kohli.

Owned by India Cements Limited, the coach of Chennai Super Kings is the legend and former New Zealand opening batsmen & captain Stephen Fleming. He has also played for CSK during the starting years of the tournament.

CSK is also the very first IPL team to win Champions League Twenty20 in the year 2010 where the spin master Ravichandran Ashwin won the player of the series award for bagging highest number of wickets in the tournament and Murali Vijay won the ‘Golden Bat’ for scoring most number of runs including the man of the match award in the finals.

They also won the 2014 Champions League Twenty20 tournament, thanks to the unbeaten 109 off 62 balls from none other than Suresh Raina and 5/22 by the spinner Pawan Negi who was the man of the match in the finals.

After facing a two-year ban from IPL for 2016 and 2017, CSK came back with a bang winning their third IPL title in the year 2018. In the same year they also became the first team to beat a single opponent as many as 4 times in a single season, the unlucky team was Sunrisers Hyderabad. The return of Chennai Super Kings was so special that no one would have thought that this team has come back after facing a ban from two IPL seasons.

Their fan following is so huge that no one gave a thought about the ban while supporting their favorite team. In 2022 also, CSK was the first team to have qualified for the playoffs and have managed to reach the finals for the 8th time.

But unfortunately in finals, they just fell one run short of their target set by their opponent team Mumbai Indians who won the title 4th time, the most by any team in the IPL history. The scores of the final read 149/8 (Mumbai Indians) and 148/7 (Chennai Super Kings). The CSK will have the eye on 2020 IPL’s title to become the joint team for having most IPL titles with Mumbai Indians. Just like most seasons, we can see CSK in the top four throughout the tournament and no one will wonder if they lift the trophy this time.