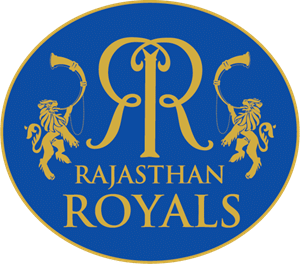 The team that started their IPL campaign with the tournament’s inaugural under the captaincy of a great Aussie leg spinner, Shane Warne. He led the Rajasthan team to victory and lifts the title in the first season of the Indian Premier League. After winning the title in the year 2008, the IPL campaign of RR was not great for the next four seasons. Their standing from IPL 2019 to IPL 2012 read 6th, 7th, 6th, & 7th respectively. While in 2013, they worked really hard to reach playoffs after four years and finished 3rd on the points table.

Rajasthan Royals was one of the teams with Chennai Super Kings who faced a ban of two years for spot-fixing in 2015. But, their return was also not so good in 2018 as they only managed to reach 4th on the table after reaching playoffs and finished 7th in IPL 2019.

The team started IPL with a star-studded squad having the likes of Shane Warne, Shane Watson, and Yusuf Pathan. Shane Watson was the man of the tournament in the first season for scoring 472 runs and picking up 17 wickets whereas Sohail Tanvir, a fast spearhead of Rajasthan Royals was the Purple Cap holder for picking up the most number of wickets in IPL 2008.

One of the highlights to remember for a RR player is Yusuf Pathan’s fastest 100 in the IPL history of only 37 balls against Mumbai Indians.

Unfortunately, the team lost by a margin of 4 runs despite the magnificent effort by Pathan. In the season 2011, Rajasthan Royals bagged Shaun Tait & Johan Botha back in the hut plus bought Rahul Dravid and Kiwi star Ross Taylor including the English all-rounder Paul Collingwood. 2011 was the final season for Shane Warne despite many controversies.

In the year 2014, RR only retained four of its players including Ajinkya Rahane, Shane Watson, Sanju Samson, Stuart Binny, and James Faulkner. In IPL 2018, after facing a 2-year ban, Rajasthan Royals announced Australian Steven Smith as the captain of their side which was later given to Indian test vice-captain Ajinkya Rahane.

The reason to make Ajinkya as a captain was the ball tempering case of Smith & Warner, for that Smith was also banned for playing in IPL. Heinrich Klaasen was named Smith’s replacement.

In the next season (2022) of the Indian Premier League, Steven Smith made a comeback and retained captaincy back from Rahane due to the poor performance of the team. Despite taking over the captaincy, the team only managed to finish 7th on the points table.

Except for their power-packed performance in the inaugural season of IPL, Rajasthan Royals have not shown the real character. It won’t be wrong to say that this side is not a threat to anyone as of now. RR has seen many ups and downs including the 2-year ban despite some magical individual performances from the Rajasthan players.

We can hope that IPL 2022 could the season for them after bagging the likes of David Miller, Oshane Thomas, and Tom Curran to their side. While we cannot forget the India Under 19 spearhead Kartik Tyagi is also there in the squad. Can these young guns and experience of overseas players give a tough competition to other teams of IPL 2022?

Can Rajasthan Royals remove the tag of the weak team and answer with their great performances? Or this will also be a similar outing for the team as the previous ones? The questions are many, views are many, and many are the opinions. But, the answer is one and that is Indian Premier League 2022. Check out IPL scores, IPL 2022 points table, and IPL insights on this platform and see where RR and other IPL teams will reach this season.